Discover The Debut Novel That Is Setting The World On Fire

Get members-only insider access to this special  limited slip-cased signed first edition of "Firekeeper's Daughter", personally signed by Angeline Boulley directly onto the title page.  Pre-orders will start 9/7 at 2pm EST so be sure to enter your name and email below to get the important news & updates.  This item is available on a “first come, first served” basis. Very few will be made available for purchase, never to be offered again. 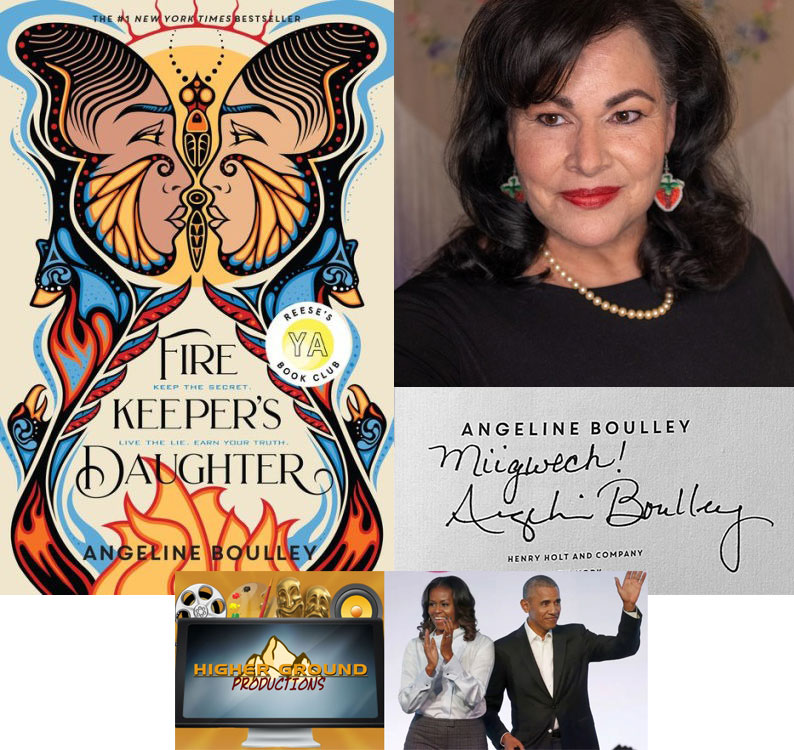 An Instant #1 New York Times Bestseller
Soon to be adapted at Netflix for TV with President Barack Obama and Michelle Obama’s production company, Higher Ground.
“One of this year’s most buzzed about young adult novels.” —Good Morning America
A 2021 Kids’ Indie Next List Selection
An Amazon Best Book of the Month for March Selection
An Entertainment Weekly Most Anticipated Books of 2021 Selection
A PopSugar Best March 2021 YA Book Selection
With four starred reviews, Angeline Boulley’s debut novel, Firekeeper’s Daughter, is a groundbreaking YA thriller about a Native teen who must root out the corruption in her community, perfect for readers of Angie Thomas and Tommy Orange.
Eighteen-year-old Daunis Fontaine has never quite fit in, both in her hometown and on the nearby Ojibwe reservation. She dreams of a fresh start at college, but when family tragedy strikes, Daunis puts her future on hold to look after her fragile mother. The only bright spot is meeting Jamie, the charming new recruit on her brother Levi’s hockey team.
Yet even as Daunis falls for Jamie, she senses the dashing hockey star is hiding something. Everything comes to light when Daunis witnesses a shocking murder, thrusting her into an FBI investigation of a lethal new drug.
Reluctantly, Daunis agrees to go undercover, drawing on her knowledge of chemistry and Ojibwe traditional medicine to track down the source. But the search for truth is more complicated than Daunis imagined, exposing secrets and old scars. At the same time, she grows concerned with an investigation that seems more focused on punishing the offenders than protecting the victims.
Now, as the deceptions—and deaths—keep growing, Daunis must learn what it means to be a strong Anishinaabe kwe (Ojibwe woman) and how far she’ll go for her community, even if it tears apart the only world she’s ever known. 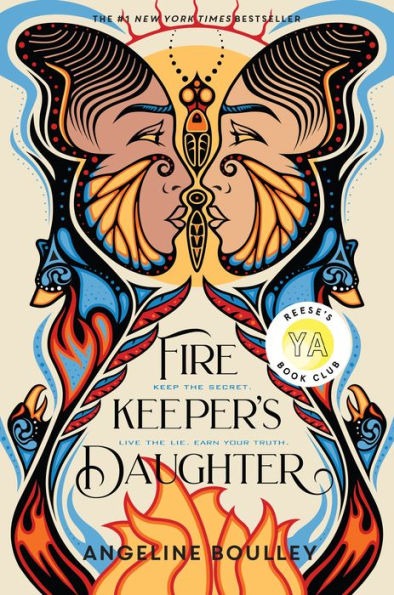 Angeline Boulley, an enrolled member of the Sault Ste. Marie Tribe of Chippewa Indians, is a storyteller who writes about her Ojibwe community in Michigan's Upper Peninsula. She was selected as an emerging Young Adult writer in the 2019 We Need Diverse Books Mentorship Program and chosen to attend the 2019 Tin House YA Writers Workshop. As a former Director of the Office of Indian Education at the U.S. Department of Education, she focused on improving the education of Native American students at the tribal, state, regional, and national levels. She lives and works in the Washington, D.C., area, but her home will always be on Sugar Island. Firekeeper's Daughter is her debut novel. 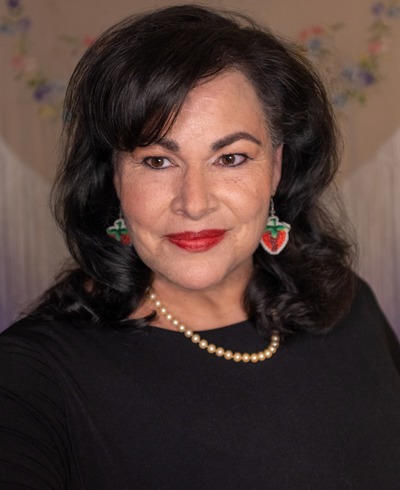 "Firekeeper's Daughter is soon to be adapted at Netflix for TV with President Barack Obama and Michelle Obama’s production company, Higher Ground.

In May 2018, the Obamas launched Higher Ground Productions by signing a multi-year deal with Netflix to produce scripted and unscripted film and television projects, with the goal of the company to lift up diverse voices in the entertainment industry. Michelle Obama stated "I have always believed in the power of storytelling to inspire us, to make us think differently about the world around us, and to help us open our minds and hearts to others."[1] In February 2019, Priya Swaminathan, Tonia Davis, and Qadriyyah “Q” Shamsid-Deen joined the company, with Swaminathan and Davis serving as co-heads, and Shamsid-Deen serving as a creative executive.

On June 6, 2019, Spotify announced a partnership with Higher Ground to produce Spotify-exclusive podcasts. The first podcast under the partnership, The Michelle Obama Podcast, premiered on July 29, 2020.

The company's first film was American Factory, released in 2019. Netflix released Becoming a documentary following Michelle Obama on her book tour promoting her memoir of the same name.

Higher Ground has multiple projects in development, including a feature film adaption of Frederick Douglass's biography, a drama series set in the fashion scene of post-WWII New York City, a scripted anthology series of the New York Times obituary column highlighting deaths of remarkable people not reported, a documentary series adaption of The Fifth Risk: Undoing Democracy by Michael Lewis entitled The G Word, and a half-hour preschool series Listen to Your Vegetables & Eat Your Parents.

"Intricate and moving. Boulley takes the reader on an incredible journey with the assurance of a veteran novelist." ―Tochi Onyebuchi, award-winning author of Beasts Made of Night and Riot Baby

“A rare and mesmerizing work that blends the power of a vibrant tradition with the aches and energy of today’s America. This book will leave you breathless!” ―Francisco X. Stork, acclaimed author of Marcelo in the Real World and Illegal

"A crime suspense fiction [with] a lot of layers, Indigenous culture, and it's really beautifully written." ―Georgia Hardstark, co-host of My Favorite Murder podcast
"[An] absolute powerhouse of a debut." ―NPR

“Another YA novel that’s absolutely page-turning required reading for adults...Our heroine is so smart, so thoughtful, and so good.” ―Glamour

"Raw and moving. . . Boulley has crafted a nuanced and refreshing protagonist." ―Cosmopolitan

"A gorgeous insight into Anishinaabe culture and a page-turning YA thriller with a healthy dose of romance thrown in, Firekeeper’s Daughter hits all of the right notes." ―Hypable

"Immersive and enthralling, Firekeeper’s Daughter plunges the reader into a community and a landscape enriched by a profound spiritual tradition. Full of huge characters and spellbinding scenes, it gives a fascinating insight into life on and off the reservation, with Daunis as a tough and resourceful heroine through every vicissitude." ―Financial Times

"Hitting hard when it comes to issues such as citizenship, language revitalization, and the corrosive presence of drugs on Native communities, this novel will long stand in the hearts of both Native and non-Native audiences." ―Publishers Weekly, Starred Review

"Though Firekeeper’s Daughter contains gripping action sequences and gasp-inducing twists, it’s Daunis’ mission of self-discovery, which begins as a low and steady growl and grows to a fierce, proud roar, that has the most impact... Though it both shocks and thrills, in the end, what leaves you breathless is Firekeeper’s Daughter’s blazing heart." ―BookPage, Starred Review

"Boulley, herself an enrolled member of the Sault Ste. Marie Tribe of Chippewa Indians, writes from a place of love for her community and shares some key teachings from her culture, even mixing languages within the context of the story. She doesn't shy away from or sugar-coat the very real circumstances that plague reservations across the country, and she tackles these through her biracial hero who gets involved in the criminal investigation into the corruption that led to this pain. An incredible thriller, not to be missed." ―Booklist, Starred Review

"A suspenseful tale filled with Ojibwe knowledge, hockey, and the politics of status." ―Kirkus Reviews

"A perfectly calibrated pace and a constantly shifting list of suspects keep the tension high." ―The Bulletin of the Center for Children's Books